[Warning: Potentially Triggering Content] The driver of that fiery Los Angeles crash last week is facing the most serious consequences. As you may have heard, driver Nicole Lorraine Linton collided into oncoming traffic in a busy LA intersection last Thursday, taking the lives of six innocent people. The news took the nation by storm following [...] Read More... The post Driver In Explosive LA Crash Facing 90 Years In Prison, Charged With 6 Counts Of Murder appeared first on Perez Hilton. 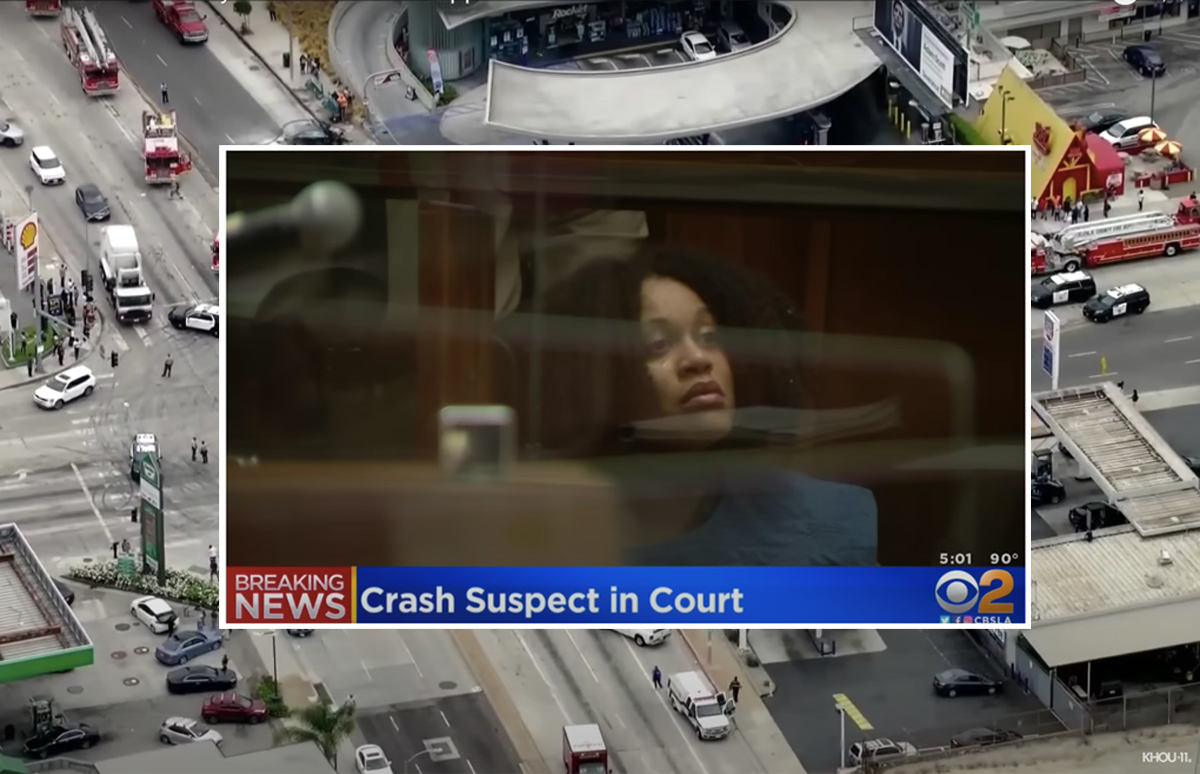 The driver of that fiery Los Angeles crash last week is facing the most serious consequences.

As you may have heard, driver Nicole Lorraine Linton collided into oncoming traffic in a busy LA intersection last Thursday, taking the lives of six innocent people. The news took the nation by storm following surveillance footage showing just how fast the driver was going in her Mercedes-Benz. The 37-year-old smashed through a red light at the intersection of Slauson and La Brea avenues at 1:41 p.m. striking eight vehicles total where six individuals, including pregnant 23-year-old Ashley Ryan, her boyfriend, 24-year-old Reynold Lester, and their infant Alonzo were killed. Eight others were injured.

Linton was traveling at speeds up to 100 mph in a 35 mph zone as she collided with other cars at the intersection, resulting in an explosion. The impact left a trail of flames behind her. Veronica Esquivel, witness to the crash, told CBS Los Angeles she attempted to help the baby, but was unable to do so:

“I was about to pump gas and all of a sudden, I hear all of the noises from all of the collisions, and then the fire explosion and I saw things, metal and things flying in the air. So, I just covered myself behind the pump.”

Nicole herself managed to escape the wreckage with only moderate injuries. The Texas native was later treated at Ronald Reagan UCLA Medical Center, where she was placed under arrest Friday. She was released from treatment over the weekend and taken into custody at the Lynwood Century Regional Detention Center Monday.

Now, Nicole is being charged with six counts of murder and five counts of manslaughter with gross negligence and has bail set at $9 million due to her flight risk, being that she’s a traveling nurse. Prosecutors say Nicole has not only a troubled driving history, citing a 2020 traffic incident resulting in bodily injury, no California driver’s license — and a record of mental health issues.

“Today, we begin the process of holding accountable the person responsible for the deaths of six people, including a pregnant woman, and their families. This is a case that will always be remembered for the senseless loss of so many innocent lives as they simply went about their daily routines.”

Gascón added that if convicted, Nicole could spend 90 years to life in prison.

“While the wreckage of this fiery crash at this intersection was removed and traffic eventually resume, there is catastrophic damage to the families and friends of those killed and injured. It is not only a tremendous loss to the families but our entire community who learned of this incredible tragedy or have watched the now viral video of the collision.”

Horrific… No other words besides horrific.

The district attorney noted that there was no evidence that drugs or alcohol were involved, but it is not being ruled out.

Rest in peace to all of the beautiful lives lost.

How Pete Davidson -- And His Friends -- Are Reacting To The Kim Kardashian Breakup!

THIS Was The Exact Moment Khloé Kardashian Found Out About...

Kylie Jenner SHOCKS In A Wedding Dress & A Baseball Cap...